In Douglas County Colorado, science gets the edupreneurial treatment… 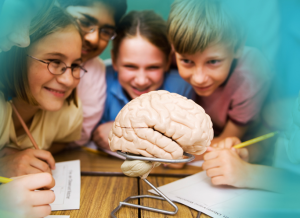 Dear EduShyster: my child’s school has been spending a lot of time on something called Emergenetics personality profiling. Students take online tests to determine what color matches their style of thinking and behaving. I question whether this has anything to do with science and/or the brain and wondered what you thought. Signed: Worried in the West. ps: I won’t reveal the name of the school district, although you can probably guess…

Dear Worried: Color me cynical but I’d say that it’s never a good sign when the brain *science* on offer comes complete with a toll free number: the zombie-esque 1-888-8brains! Now let me attempt to harness my own brain power and see if I can deduce from whence you are writing. Fortunately, I don’t have to delve too deeply as Emergenetics® has helpfully provided a list of its education clients. Any guesses as to where we’re headed, reader? 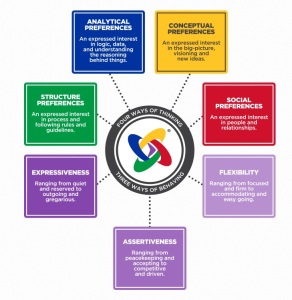 Choosy kids choose choice (and colors)
If you answered *the Choiciest District in America* you would be right. However, if you answered this place, not to worry as we will be paying a call there too. But first it’s time to do a little personality profiling. I hope you like science, reader, because things are about to get pretty scientific up in here. In fact, I recommend that you follow my lead and don a lab jacket and safety goggles for this portion of the post.

What color ® u?
Using the seven Emergenetics® principles, composed of four ways of thinking and three ways of behaving, we can gain understanding of ourselves in *all facets of life* as quickly as, well, Emergenetics® can process our $69 friends and family program payment. (Note: that’s more than 35% off the normal individual rate!) Do you like process and following rules and guidelines? That means you’re a *green* (and also an unlikely candidate for employment running the Douglas County schools). Or maybe you’re a *blue*, which means you’re interested in logic, data and the reasoning behind things. Perhaps you’re all about the big-picture, *visioning* and new ideas and hence, a yellow. What if you have an *expressed interest* in people and relationships? Well, obviously that makes you a *red.* Got it? Good, because it’s time to move onto the practical results of all of this sciency stuff. 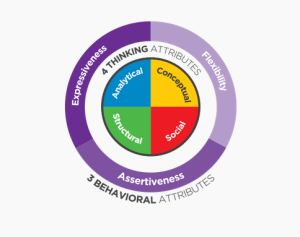 What am I thinking?
You see, Emergenetics® is about more than just pie-in-the-sky principles. At the heart of the Emergenetics® profile is the *thinking pie chart* which *shows what’s going on in a person’s head.* In the old days, teachers had no way of knowing what was going on in their students’ heads—or in their desks. But thanks to Emergenetics®, the mystery has finally been solved.

Summit View Elementary School fifth-grader Kelli Ell is primarily green, a structural thinker, which means she is practical, likes guidelines and prefers a hands-on approach.”It says that I’m a lot of green, but I think that I’m a little less because sometimes my desk inside gets a little messy,” she said.

Speaking of green, Summit View is one of 14 schools in Douglas County that has piloted the Emergenetics® profiling system among sixth graders. As of last year, the school district had invested more than $250,000 in profiling for adults and students, and Emergenetics® training for staff. Note: the former Director of Human Resources and Director of Elementary Education for the Douglas County School District is now the Vice President of Education for Emergenetics®, which, if I’m not mistaken, makes her a *red* for relationships. 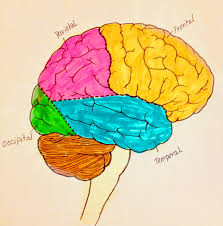 Black and white and red all over
The important thing is that Emergenetics® is helping the students of Douglas County achieve World Class Outcomes as they acquire the desired traits sought by the nation’s largest employers in search of the next *Game changer.  Risk taker.  Innovator.  Collaborator.*  Or something like that. When investigative reporter Trevon Milliard from the Las Vegas Review Journal dug into why the Clark County School District was spending $1000 a day to an Emergenetics® consultant to conduct profiles of district employees, he found a slick sales pitch but no science. The *science* of profiling to which Douglas County teachers and students have devoted weeks this fall has never been reviewed in a single peer reviewed journal. Why doesn’t Emergenetics® cite actual research? Because. There. Isn’t. Any. Instead the company relies on testimonials, like this one from Tori, age 17: *My most dominant trait is structure at 69%. Making lists prevents me from becoming overwhelmed, which benefits me as a student and athlete.* Or this one from Charles E. Harman, Chief of Staff, Office of United States Senator Saxby Chambliss: *Emergenetics was the best insight I have ever heard on who we are; how respect each other; how to use the “data” we have to better communicate; and how to work to our strengths!* 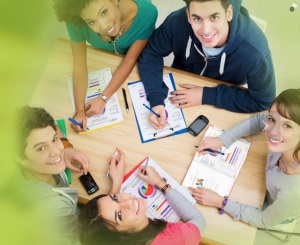 Brain scams
Review Journal reporter Milliard—and the psychologists he interviews—leave little doubt that Emergenetics® is a scam, to use a non-scientific word. But there’s one key difference between Las Vegas, where the school district has spent wads of green to have employees’ color-coded profiles done, and Douglas County. In Las Vegas, the brain scam is limited to adults. So yes, Worried in the West, you are absolutely right to be concerned, and not just because your child has already lost days of the school year in pursuit of a highly questionable pursuit. You should be worried because apparently the people running your school district can’t tell the difference between *science* and a color-coded sales pitch from a company whose phone number is 1-888-8brains.