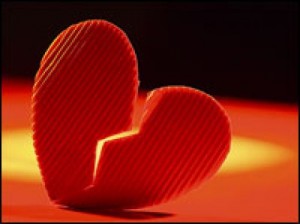 The red-hot love affair between the Boston Globe and UP Academy has officially hit the skids.

It’s time now for another installment of EduShyster’s favorite telenovela: “Nos Encanta Los Escuelos Charteros.” This long-running series features the Boston Globe in the role of love-besotted suitor, intent on showing its love for local charter schools through cartas de amor, otherwise known as news articles. When we last tuned in, the Globe’s mad luv for local miracle school UP Academy, appeared to have hit a rough patch. EduShyster can now officially confirm that the Globe and UP Academy are done, splitsville, broken up.

What went so wrong?
The Globe went public about the split last week, airing UP’s dirty laundry all over the Metro section, complete with the kind of breaking-news sized font usually reserved for Whitey Bulger. In case you missed it, here’s the recap: by the time you factor in 20% annual student turnover AND the multiple categories of students shunted off to enclaves of non-excellence, it turns out that this former-public-school-turned-miracle-charter isn’t so miraculous after all. And that’s not all. The Globe acknowledged what EduShyster reported late last year, and teachers and community advocates have been proclaiming for months: that UP seems to be UP to the same tricks at another school, Marshall Elementary, which UP will begin miracle-izing next fall.

But the true tabloid take-a-way was the Globe’s recounting of a young student with behavioral problems being driven to a nearby public school by UP administrators and dropped off, still wearing her UP Academy uniform. Did you get that? I’ll let the Globe break it down for you again for emphasis:

Ultimately, of the pupils eligible to apply at the Gavin, 84 percent enrolled at UP Academy last fall. But as the year progressed, 44 of those former Gavin pupils left. A few of those students landed at the McCormack Middle School in Dorchester. The pupils generally had discipline problems, and UP Academy drove one girl there while she was wearing her school uniform, said Paul Mahoney, dean of students at the McCormack. 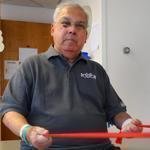 Intrigue swirls
Still, inquiring minds what to know: why now? After all, as EduShyster and DOZENS of teachers can personally testify, the Globe has been in possession of all of this info (not to mention a few additional titillating tidbits) for months. Reader: it’s time to meet a new character in our edu-drama: El Alcalde, Boston’s Mayor Thomas Menino.

You see, just days before Christmas, the Mayor, who spent months off-stage in a hospital bed, suddenly arose, phoenix-like, to announce that he planned to file legislation that would finally bring to justice the achievement-hating arch villain, the Boston Teachers Union. The legislation would eliminate the cap on so-called in-district charter schools, like UP Academy, which is rapidly emerging as a mini-empire of innovation and excellence, hoovering up formerly public schools.

Now here is where things start to get really interesting. With the Mayor all but out of commission since October, and his powerful aide Michael Kinneavy presumed to be running the show, it might strike the more conspiracy-minded among us as a bit rich that Mr. Kinneavy sits on the board of UP Academy, which stands to benefit directly and most profitably from the legislation. (UP keeps a cool 15% commission each year for miracle-izing the formerly public schools in its growing orbit). I believe that this is what is known as a conflicto de intereses.

Scene stealer
So if UP Academy and the Mayor are going steady, where does that leave the Boston Globe, you ask? The most appropriate analogy might be Jen in the immediate aftermath of Brangelina: jilted, wilted and prone to embarrassing outbursts. Last week, a Globe editorial took a swipe at Mayor Menino, warning that his love legislation to UP Academy and other in-district charter schools actually undermines the “mainstream charter movement.” And former UP super fan Lawrence Harmon suggested that it might be time for the Mayor to find some other way “to improve the lives of Boston’s children.”

As for how this edu-drama will end, only time—not to mention a few delicately-worded public records requests—will tell…

Are the Boston Globe and UP Academy ever getting back together? Send gossip to tips@haveyouheardblog.com.