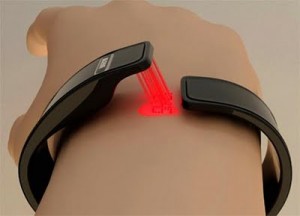 Bill Gates is funding research into magic bracelets that will measure student engagement and teacher effectiveness. Can a device measuring the effectiveness of philanthropists be far behind?

To all of you Bill Gates haters out there, I challenge you to identify a single one of “Mr. Mensa’s” ideas that hasn’t made our schools better. Ok, fine. Name four. Can’t do it, can you?

Well like BG8s (the Microsoft mogul’s rap name), I happen to agree with the proposition that there are plenty of easy–and more importantly, lucrative–fixes to the complex challenges of public education. So I lit up like a Galvanic bracelet when I read about the Gates Foundation’s decision to pour money into research on the use of so-called GSR devices to measure student engagement and teacher effectiveness.

The idea is brilliant, I’m sure you’ll agree. Students and teachers wear the nifty wrist gizmos to monitor their physiological reaction to what’s happening in the classroom. And best of all, someone is almost certain to make a small bundle peddling these circular pieces of crap to unsuspecting school administrators across the country. And isn’t that the point of $chool reform? Sorry kids, we had to shut the library. We blew our entire budget on these new Galvanic bracelets.

Purpose: to measure engagement physiologically with Functional Magnetic Resonance Imaging and Galvanic Skin Response to determine correlations between each measure and develop a scale that differentiates different degrees or levels of engagement.

That doesn’t sound like bullshit at all, does it?

Now I may not be a certified genius like Bill, but these cool edu-bracelets got me thinking. Since 2000, Gates Inc. has spent more than $2 billion to break up high schools in more than 2000 school districts around the country. In 2008, Gates walked away from this initiative, pronouncing it a failure. Since then Gates has spent hundreds of millions on the edu-cause of the moment, tying teacher evaluation to test scores, even though leading test experts around the country agree that this idea is complete crap.

Obviously Bill has a problem when it comes to determining the effectiveness of his school reform ideas. Perhaps a Galvanic Skin Response bracelet would do the trick?