Operators are standing by… 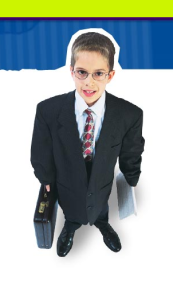 The soul-searching phase of the summer has arrived, reader—when one has no choice but to confront a fiercely urgent question: what to watch now that the Bachelorette’s journey has at last reached its end??? There is Big Brother, of course, but one is already watching that, not to mention #Richkids of Beverly Hills, which one should probably not confess to watching. Which is how it is that I came to find myself on a recent weeknight viewing Welcome to Sweden, an odd-ish comedy staring Amy Poehler’s brother Greg because, well, meritocracy. But the real star of the show wasn’t the Swedish subtitles but the endless ads for K12, *online public schools that provide powerful choices for parents across the U.S.* And thanks to the wonders of DVR technology, I had no choice but to watch the ads again and again. 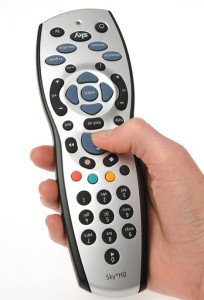 You can view K12’s latest for yourself here. (Note: to replicate my viewing experience, watch ad 11 times in a row, pairing with any beverage with an alc/vol of 13.5% or above). Of course, advertising is nothing new for the company that has been *putting our students first* since 2013, when they made that the official tagline of their annual report.  K12 spends millions of tax payer dollars to blanket the airwaves during *seat-filling season,* in an effort to replace the 30% of young viewers who change the channel each year. Still, one couldn’t help but notice that there was something slightly, ahem, unusual about these particular ads. 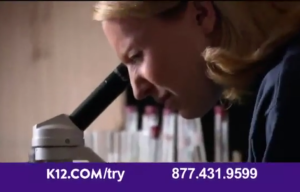 Lots of new characters
One obvious observation: K12 land, much like Sweden itself, is overwhelmingly white. Also, some of the students benefiting from K12’s *exceptional education, powerful approach* appear to reside on the upper end of the coveted 18-49 year old demographic. Like 30-something K12elsey, who is searching for the gene that causes white collar crime from the comfort and security of her bedroom laboratory. You see reader, while you’ve been focused on bad news bears stories about K12, like this lawsuit, this lawsuit or this lawsuit, K12 has been quietly rolling out K12ool new programs—Like Embark12 Comprehensive, *a highly-regarded pre-K program to prepare young children for Kindergarten.* And apparently also K12ollege. Note: If K12 plans on introducing K12eg in the K12loset, they can expect a sternly worded missive from my lawyer(s), because my roommate and I totally came up with that idea first. Eastern Illinois University in the house. Whoot whoot! 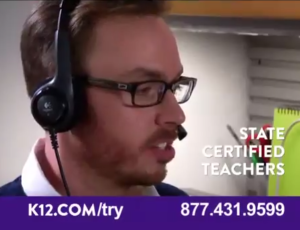 We interrupt this broadcast to clear up a few myths…
Reader: just like the spoilers that can ruin an entire season of the Bachelorette, K12 is constantly having to do battle with myth information. May I suggest that we take a break from our show in order to clear up a few of these now? Like myth #1: that students spend all day staring at a computer and don’t interact with people. Or that tired K12anard that virtual students don’t receive individual attention from their virtual teachers in a virtual class of 275. Isn’t that what the state certified teacher’s head set is for??? 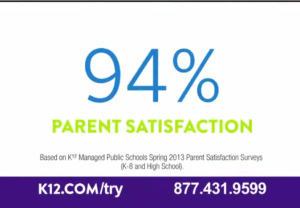 Now with 94% more satisfaction
Meanwhile, I had at long last reached the penultimate scene of Welcome to Sweden—which meant that I had but one more opportunity to view K12’s sales pitch. And it was a satisfying view indeed. The virtual students were engaged and thriving. The parents aka *learning coaches* were rising to the occasion, frame after frame. The curriculum was challenging, the tuition free, the operators standing by. In fact, like the K12 parents cited in the ad, I’d say that I was 94% satisfied with the company’s product. Note: I’m still trying to track down the actual survey upon which this claim is based. Let me know if you’d like to help!