By Mazinger Z
As president Coolidge once said, the business of American business is rent seeking. No surprise then that the efficiency, resources and ingenuity of our profit-seekers are increasingly being enlisted in the fight to turn around our failed and failing public schools. Of course, this process inevitably involves siphoning off a few tens of billions from the generous teat of the US taxpayers. But only carpers or whiners could object to the risk-bearing shareholders extracting proper compensation for the hard work of following their stocks on Yahoo and opening their monthly brokerage statements.

LRN 2 Earn
Perhaps the most notorious of these profit seekers is K12, Inc, which aims to replace lazy good-for-nothing teachers and their pensions with the magic of online learning. K12 went public in 2007, and trades under the clever ticker LRN in the New York Stock Exchange. Since then, it has grown phenomenally, riding the education reform wave onwards and upwards, and increasing revenue at an astounding annualized 30% rate since 2008.

Haters gonna hate
Such excellence was bound to attract haters. Surprisingly, the latest of these is notorious reformista, TFA co-founder and hedge funder Whitney Tilson. Mr. Tilson recently disclosed he was short the stock. (For you non-contributing members of society, “shorting” refers to betting the price of a stock will go down by borrowing shares and selling them, in the hopes of repurchasing them later at a lower price and pocketing the difference.)  Always on the lookout for investment opportunities, we at Edushyster Analytics looked at Tilson’s case against the good folks at K12, Inc, and found it wanting. Tilson’s complaints against the company boil down to three so-called problems: its students perform dismally, profit margins are meager; and the stock is expensive. Let’s dig in. 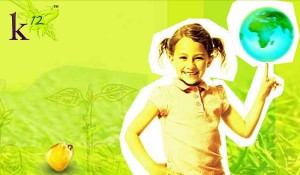 Churn baby churn
K12, Inc students do indeed show dismal performance. The company hilariously measures and brags about its students’ progress using its own tests, which it administers at the students’ homes without supervision. However, third-party assessments are somewhat gloomier. 81% of K12 schools showed unsatisfactory progress in 2010-11. Their students badly trail state averages in every grade in both reading and math, and over half of them fail to graduate at all. The company churns its students ruthlessly, and although CEO Ron Packard “chooses not to disclose churn rates”, he went on to brag that “about 60% of the kids […] are with us a year later” – an impressive 40% a year churn rate! 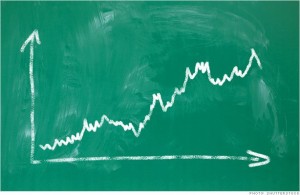 Opportunity knocks
Unfortunately, and uncharacteristically, Mr. Wilson looks at these and other catastrophic results (lovingly detailed in his presentation), and sees a crisis where we see nothing but opportunity. These disastrous outcomes have not in the least dented K12, Inc ability to extract an ever increasing stream of taxpayer revenue from such strongholds of reformismo as Tennessee, Pennsylvania, Virginia and Ohio, among others. What K12, Inc has realized, and Wilson apparently hasn’t, is that school choice has very little to do with improving education and a lot to do with cutting costs, siphoning off taxpayer money, and spreading the loot among reformista political stars. K12, Inc excellence in all these endeavours cannot be disputed.

Race to the top
Wilson also takes issue with K12, Inc’s low margins, and the fact that earnings have failed to keep up with the explosion in revenue. There is a perfectly good explanation. The company does do a wonderful job of reducing waste like teacher salaries, where it spends 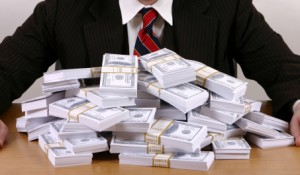 about 62% less than public schools per pupil. However, the business model requires that much of these savings be reinvested where it can do the most good, namely, executive compensation, which in 2012 alone amounted to $11 million. Since the company’s earnings that year were  just $18 million, there can be no doubting K12, Inc strong commitment to talent retention. Going forward, there is no reason to doubt Mr. Perelman’s commitment to “achieving operational efficiencies,” i.e. further reducing teacher compensation; we do hope that in the future, however, these “efficiencies” will be distributed less lopsidedly between management and shareholders. 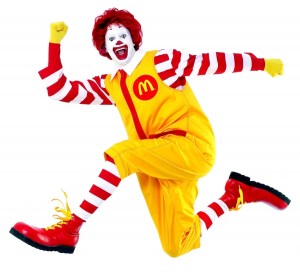 250 billion served
As for stock valuation, Mr. Market undoubtedly thinks well of K12, Inc., pricing the company at 49 times last years’ earnings and 37 times next years’ projection, vs. a market average somewhere in the mid-teens. We think that focusing on such narrow metrics is a mistake. Investors who passed on McDonalds stock in 1965 when it first went public, on the basis that it was too expensive, lived to regret it, as the Golden Arches spread all over the world, and $100 invested back then turned into nearly $2 million today. The parallels are obvious. We think K12, Inc is nothing less than a ground-floor opportunity to profit from the one of the fundamental trends of the 21st Century: the McDonaldization of public education in the US.