Let’s face it, reader. Most teachers go into the teaching biz for one reason and one reason only: the money. And the only reason they continue to show up, day after day, year after year, is to collect the golden parachutes, otherwise known as pensions, that will make their golden years literally golden. But is there anyone brave enough to look these fat cats in the eye? Meet billionaire and 38-year-old retiree John Arnold who is on a quest to rescue the nation from large-living teachers and at last put students first.

The Enron Academy of Excellence and Innovation
But who is this dashing young Mr. Arnold and from whence did his billions originate? Once upon a time there was an outstanding company called Enron that added a great deal of value to the economy. Alas, there was also a great deal of data fudging, and when the company imploded, a great many people were held accountable, particularly the tens of thousands of Enron employees and retirees who were left holding the now empty bag. Alas, alas, Mr. Arnold was not one of them. The natural gas derivatives trader fled the scene just before Enron collapsed. Alas, alas, alas, Mr. Arnold didn’t leave empty handed. He used his $8 million worth of merit pay to start a hedge fund.

Putting StudentsFirst
Reader: Mr. Arnold’s hedge fund treated him well indeed and by the time he retired last year at the age of 38 (did I mention that he retired at the age of 38?) he was worth an estimated $3.5 billion. But merely raking in $$$ hand over fist can get old, and besides one’s arms grow tired when one is raking in so much money. Mr. Arnold craved a greater purpose, and he soon heard the calling that has called so many hedge fund billionaires of late: the call to put students first. But to what well-funded roster of organizations also funded by hedge fund billionaires could Mr. Arnold possibly contribute?

A Penchant 4 Pensions
But still, something wasn’t quite right. While plenty of other hedge fund billionaires were content to tinker around the edges of putting students first, Mr. Arnold was hungry for transformational change. Then came a life-changing discovery. A nationwide report card issued by StudentsFirst, the same organization to which the 38-year-old Mr. Arnold had just given $20 million, reserved its highest grades for states where teachers have no pensions. What better measure of a teachers’ excellence could there be after all than his or her success at navigating the success of the market, particularly in the 15 states where teachers don’t receive Social Security? Mr. Arnold knew in his heart that 401(k)s had worked out great for retirees at Enron and were doing pretty darn well for the rest of America too. Reader: a cause was born. 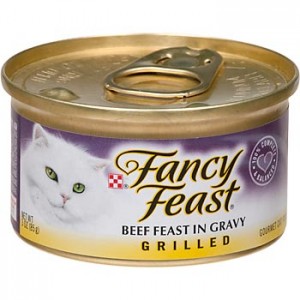 No more Fancy Feast
And now for some good news. While Mr. Arnold will likely be bringing his fiercely urgent cause to a state, and a ballot, near you, there have never been more fun ways for retirees to make a little extra money. I leave you with this helpful and inspirational article: “7 Fun Ways for Retirees to Make Extra Money” that is chock-a-block with fun-filled ideas like enrolling in medical studies, selling your stuff on Craigslist or becoming a Mechanical Turk. In fact, these ideas are so great that you may want to start pursuing them sooner rather than later, especially if you happen to live in a city or state where students are being put first.