Whistleblower Adell Cothorne reflects on Rhee, Ravitch and why she’s in the fight to save public education 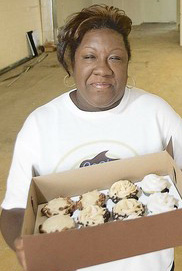 Now some of you may know my story. For those of you who don’t, allow me to introduce myself. My name is Adell Cothorne.  I am a former District of Columbia Public School (DCPS) principal.  If my name sounds vaguely familiar, it’s because I garnered some national attention when I filed a whistleblower’s lawsuit against DCPS in regards to alleged test tampering by members of my school staff. But enough about me (for now). I recently had the opportunity to hear the views of two women who currently have a significant impact on education and I’d like to tell you about it.

Who were the two women, you ask?  None other than Michelle Rhee and Diane Ravitch. The fact that these two women were speaking in the city of Philadelphia within 24 hours of each other was significant. Two women with completely different views on America’s current education system speaking in a city experiencing educational dysfunction – on steroids. The movie script practically writes itself.

When I arrived at the venue, there was a group of Philadelphia educators and community members protesting Ms. Rhee’s appearance. News cameras were on hand and protesters were handing out copies of a Time magazine cover which had been edited to show the former Chancellor holding a pencil atop a large pink eraser. Once inside, we were asked to sign in and handed a question card. We were instructed to write any question on the card in order to ensure that every question would get answered, either at the event or via an email response. Somehow I doubted that Ms. Rhee would be addressing the questions to which I most wanted answers:

“Uh yes, Ms. Rhee could you explain how you had no knowledge of the Dr. Sanford memo, warning that the high rate of erasures on tests in at least 70 schools was a more serious problem than school officials were admitting.”

I could go on and on, but I’ll cut to the chase. The evening was a very controlled event in which Ms. Rhee and her counterparts – Dr. Perry and Mr. Parker – were able to pontificate about their reform agenda and not truly delve into strategies to help public schools, urban public schools in particular, improve. 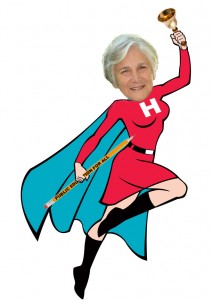 No sidekicks needed
Now let’s fast forward to the next evening when Diane Ravitch’s lecture was held at the Philadelphia Public Library. The evening began with no protestors picketing her appearance (I know that was a little snarky but I had to throw it in.) Dr. Ravitch, who was introduced by Randi Weingarten president of the American Federation of Teachers, took to the podium and for approximately 75 minutes spoke to such issues as:

After 75 minutes Dr. Ravitch took her notes and exited stage left. That was it. No sidekicks. No bells and whistles to distract from the real message. Just a woman and her mic speaking her truth to the audience. 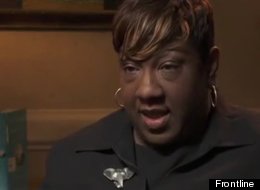 Adell Cothorne talks about the cheating scandal in the Washington DC public schools on Frontline.

Now it’s my turn
Now you may ask yourself, why write this piece, Adell? You’ve basically told us what others “tweeted” days ago. Here’s my answer to you. This is not the last you will hear from me. This is my first (well really second) venture into the public forum of those fighting against education reformers. Not that I think our current system is spectacular. I just know it needs help in ways other than firing educators, funneling large sums of money to charter schools and testing students every 23 minutes in the name of accountability (well maybe not every 23 minutes but it sure does seem like it).

You see, I have “a dog in this fight” (no offense to animal lovers). As a mother of a fourth grader with an IEP, it troubles me that my child is penalized because he is a slow processor. In order to give him more time, we needed to draw up a legal document that, thirty pages later, basically boils down to the fact that my son Alex needs a little extra time to process his thoughts. But we MUST have this documented, as it’s the only way he can get more time when testing time comes—again. Whatever happened to the process of natural learning?

As an education consultant, I struggle with being a cheerleader for the Common Core and the Partnership for Assessment of Readiness of College and Careers or PARCC. (Oh yes, the dreaded PARCC is coming soon to a school district near you). I work with educators in high-needs schools with students who have issues I couldn’t fathom grappling with as an adult: eviction, a 14-year-old-sister pregnant by an uncle, a cousin gunned down on the student’s doorstep. Yet I’m supposed to bounce in and sell the Common Core as a great instructional tool, even though it was never piloted. Who does that? Whatever happened to addressing a child’s social and emotional needs to ensure that they are ready to learn?

As an African American woman my heart bleeds for the thousands of students of color we lose every year (especially in urban school districts) because we’ve allowed them to check out intellectually, emotionally, mentally and/or physically. I am a product of Baltimore City Public school. And when I say product, I mean from Head Start to doctoral study. Yup—I experienced the FULL trajectory within the limits of Baltimore City. I am living proof of what a solid urban education can do for under-resourced students of color. Whatever happened to not letting your zip code dictate your destiny?

I don’t know what the future holds in regards to education. I just know I’m in this fight until the war is won!