Introducing a new concept: “whiteousness,”  the unshakable belief that one knows what’s best for others, especially those of other races or lower income brackets. 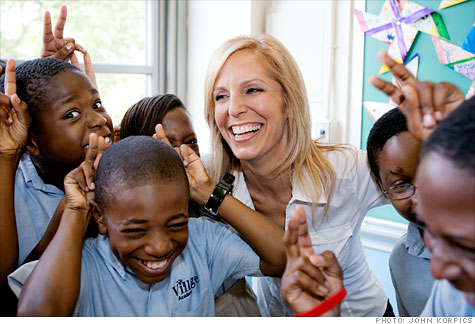 Achievement-gap-measures that are all the rage in education reform circles are often fueled by a sense of “whiteousness.”

Today I invite you to ponder one of the great questions of our age: How can I pull down some serious cheddar in the name of the achievement gap? How has the civil rights issue of our time turned out to be the source of so many civil wrongs? Last week, a patchwork of groups from across the country filed civil rights complaints claiming that school closures and turnarounds are hurting minority students. In what can only be described as ironical, officials from the same Obama administration that hatched the achievement gap closing policies will now look into the whether those policies have violated civil rights.

Whiteous wage
Just yesterday our favorite achievement-gap *crushing* friends were celebrating their success, albeit “humbly,” in the form of newly released memoirs and op-eds in which they put children first. So how is it that these same rephormers who seek only to help disadvantaged minorities by eliminating their gaps and preparing them for a vague and ominous-sounding 21st century workplace are now being accused of actually violating civil rights? Alas reader, after spending more time in Reformlandia than any medical professional would recommend, I have concluded that our fearless reformers are so blinded by whiteousness that they can no longer tell the difference between civil rights and civil wrongs.

How whiteous are you? Send tips, comments or dance moves to tips@haveyouheardblog.com.