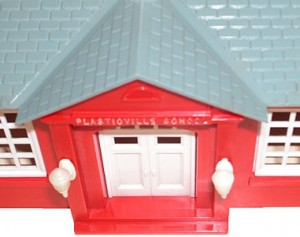 One of the great things about corporate education reform strategies is how well they work. I mean just glancing out of the window of the EduShyster estate I can see that the achievement gap has already narrowed to a small crevasse. Which is why we need to double down and do even more of the things that are already proving so effective: improving schools by closing them down, investing in kid futures (preferably at a rate of 7% or more) and making sure that our schools are producing the kinds of glossy promotional brochures that kids and parents deserve.

But enough with the tinkering around the edges. We need bold, high octane reforms the damage from which may never be undone.That’s why EduShyster was so pleased with the news that a Michigan city has decided to hand over its entire school district to a for-profit charter operator. With the state’s economy still floundering after 10 straight years of job losses, at least somebody here has finally figured out how to make some money off of Michigan’s last great natural resource, it’s children.

But who is the charter operator to which the children of Highland Park, MI are being entrusted? The Leona Group, LLC prides itself on running a new kind of public school©, which should be obvious by the fact that the company copyrighted the tagline: a new public school©. Now as soon as word got out about the city’s bold move, the haters piled on, pointing out that more than half of the students in Leona’s 54 schools in 5 states fail to meet academic benchmarks.

It was another number that caught the keen eye of the EduShyster though: $3,683. That’s the amount that Leona spends per pupil–a figure that works out to roughly 4 tater tots and a Trapper Keeper® per kid. Just how does Leona keep its expenses so low? It turns out that their secret is an innovative best practice known as paying employees very little. Former Highland Park teachers who are hired by Leona to teach in a new kind of public school© will see their annual salary drop from $65,000 to $36,000.

But at least the teachers get good bennies right? Absolutely! According to the Leona, LLC website employees may be eligible for such top shelf benefits as: unemployment insurance, worker’s compensation, Social Security and direct deposit. And don’t forget health insurance. This Medical Benefits Presentation debuts the company’s new cost sharing plan.