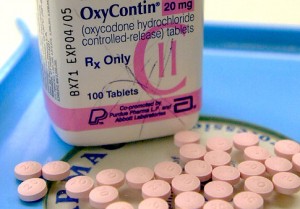 Students for Education Reform recruited a director of OxyContin-maker Purdue Pharma to join its board because no one from Crack, Inc. was available.

Regular readers know that EduShyster is WILD about Democrats for Education Reform, young country clubbers who bring the same laser-like focus to closing the achievement gap that they once brought to their squash and lacrosse matches. Today we turn our attention to DFER Man’s striving younger sibling: Students for Education Reform.

SFER’s story will sound instantly familiar to anyone who has ever been a young campus activist, fueled by little more than righteous passion and the occasional spleef. This ragtag group got its start just last year, and within months found itself with a posh Manhattan address, a board heavy with venture capitalists and hedge funders, and “amazing partners” like–drumroll please–Stand for Children, Teach for America and 50CAN, which bills itself as the 50-State Campaign for Achievement Now and operates something called 50CAN University or “Hogworts for Ed Reformers.”

Before long, grassroots passion for the corporate education agenda had propelled SFER to some 70 chapters on campuses in 28 states. OMG! If the thought of blonde co-eds with exquisite pedigrees seeking to shred workplace protections for teachers excites you than SFER is the place for you. But that’s for another day.

SFER’s Board of Directors is made up almost entirely of grassroots activists, like Adam Cioth of Rolling Hills Capital and Brian Olson of Viking Global Investors. But what student advocacy group would be complete without a director of Purdue Pharma, maker of OxyContin?

Are you serious, SFER???? Was the CEO of Crack, Inc. not available??? OxyContin has probably killed more kids than any other drug in recent American history. And board member Jonathan Sackler isn’t just a Purdue flack. His father, Raymond Sackler was one of three brothers who started the company, which has made a fortune off of OxyContin. Last year alone the drug generated $2.8 billion in sales for Purdue Pharma. And with Purdue desperate to extend the patent on OxyContin, the company recently began testing the drug on children.

To be fair, Jonathan Sackler has battled his own addiction issues. The dude seems to be seriously hooked on phony education reform groups. In addition to SFER, he’s also in the grassroots leadership of Achievement First, the Connecticut Coalition for Achievement Advocacy, 50CAN, ConnCAN and Teach for America Connecticut.

Sadly for Sackler, the addiction seems to be hereditary. In 2010 his daughter Madeleine released a “documentary” called “The Lottery,” chronicling four New York City kids competing to get into a New York City Charter School. The Wall Street Journal praised the film, noting hopefully that it “could change the national debate about public education.” No mention of Ms. Sackler’s antecedents–or the role of OxyContin sales in funding her film–was ever made.

If you missed “The Lottery,” no worries. I’m guessing that SFER chapters on campuses across the country will be screening the film this fall. Just a hunch….