I talk to Education Post creator Peter Cunningham about what *better* means, the art of the swarm and what Arne Duncan might have done differently… 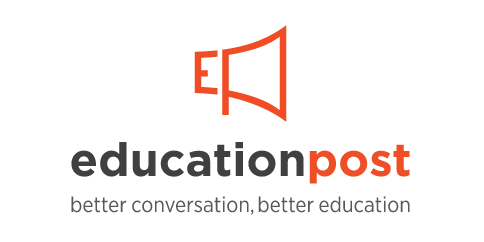 EduShyster: Education Post is now nine months old. How much better has the conversation gotten?

Peter Cunningham: I see elements here and there. I see other people calling for it. Even Nicholas Kristof’s piece in the New York Times where he says, look, there’s been a lot of blood spilled in this debate. Why can’t we unite around early learning? I think that’s a good illustration. Vitriol isn’t getting us anywhere. I’ve published people who disagree with me and I’d like to do more of that. I don’t want to just create a platform where people can spout off; I think there’s a right way and a wrong way to do it. I want to give people a chance to honestly present other arguments.

EduShyster: Do you have a metric for measuring *better-ness*?

Cunningham:  I think that an awful lot of people on the reform side of the fence are thrilled by what we’re doing. They really feel like *thank God somebody is standing up for us when we get attacked* and *thank God somebody is willing to call out people when they say things that are obviously false or that we think are false.* When I was asked to create this organization—it wasn’t my idea; I was initially approached by Broad—it was specifically because a lot of reform leaders felt like they were being piled on and that no one would come to their defense. They said somebody just needs to help right the ship here. There was a broad feeling that the anti-reform community was very effective at piling on and that no one was organizing that on our side. There was unequivocally a call to create a community of voices that would rise to the defense of people pushing reform who felt like they were isolated and alone.

EduShyster: That expression you see on my face is incredulity. But please go on sir. I want to hear more about the isolation and alone-ness of people pushing reform. How are they faring today? 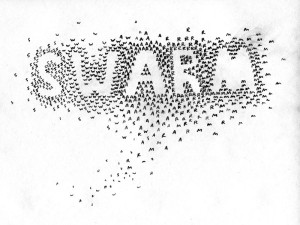 Cunningham:  Take Kevin Huffman. Now you can disagree with him on policy, but he felt like people were waking up everyday and just attacking him on social media. He tried to respond, and he just felt like it didn’t matter. By 2012-2013, Team Status Quo—your label not mine—was very effectively calling a lot of reform ideas into question. I mean look around the country. Huffman’s gone, John King is gone, John Deasy is gone, Michelle Rhee is gone. I’ve created the ability to swarm, because everyone felt like they were being swarmed. We now have people who will, when asked, lean in on the debate, when people feel like they’re just under siege.

I’ve created the ability to swarm, because everyone felt like they were being swarmed. We now have people who will, when asked, lean in on the debate, when people feel like they’re just under siege.

EduShyster: I like that word *swarm* because that’s kind of how I imagine the scene at EdPost HQ. Somewhere somebody on the Internets says something hurtful about, say, PARCC, and an alarm sounds, activating the team members who then proceed to badger the offender into submission.

Cunningham: Unfortunately what people pay attention to are the fights. A lot of times when we share the voices of teachers and parents and what they’re excited about—some of them are excited about PARCC, or charter schools, or Common Core—no one sees it. 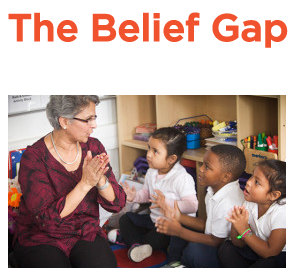 EduShyster: You mean like the EdPost post by the dad who is excited about not opting out? I saw that one! Seriously though, the debate about testing in particular feels to be shifting really quickly with the critics of overtesting and all of its unintended consequence gaining ground. Any chance we’ll start to see that shift reflected over at EdPost?

Cunningham: You think all we’re doing is saying *testing is great,* but we are saying over and over on our blog that overtesting is a problem and that we should be reducing it, and reminding people that the federal mandate is only 17 tests—the typical kid takes 113. Let’s take a look at the other causes of overtesting, things that are locally controlled and can be fixed right away. We’re having a debate in Washington about how much testing to do under ESEA. Fine—let’s have the debate. But in the meantime we can radically reduce testing at the local level. 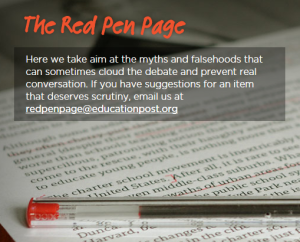 EduShyster: Let’s move on. I think people who only know EdPost and aren’t familiar with you, Peter Cunningham, might be surprised at how critical you are of reform movement rhetoric. I first heard you speak at JebFest in Boston and you told the audience that if they didn’t stop harping on failure, they were going to lose the debate. The crowd was not happy. What else have you been telling reformers?

Cunningham: One of my big messages to the funders early on was that we have to be much more open and transparent about where we’ve gone wrong, and that we have to stop touting success stories when we’re only 50% successful, or 70% or 30% or 20%. My big message to the charter community has been that you need to talk about quality not growth. You have a quality control problem that you hear reformers acknowledge behind closed doors: *out of 6500 charter schools, how many would you send your own kids to?* Those are the kinds of honest questions we should be asking.

EduShyster: You’ve worked with Arne Duncan since back in the days he was running the Chicago Public Schools, and you went with him to Washington. Anything you think he should have done differently?

Cunningham: The sequencing of higher standards, curriculum training, evaluation, accountability—I wish we’d thought that through more. The world is set up in a way that everyone is in a hurry. You think you have a good idea and it’s like that Billy Crystal line: you figure out who you want to spend the rest of your life with and you want the rest of your life to start right away. We all decided high standards and accountability are great, choice is great—we wanted to do everything we could to make them available to people sooner rather than later. I wish I’d really war gamed out that sequencing issue before—just understood it. I didn’t because I’m not a policy person; this isn’t really my world. I trusted a lot of policy people who said *we can do this.* But we’d never really done anything like this in the history of America. We were completely stunned that 40 some states adopted higher standards so quickly. We were completely stunned that so many states applied for Race to the Top. It was a pretty heady time and we were drinking from the firehose. I wish I’d thought that through more. I didn’t.

EduShyster: What do you see as the future of EdPost? Will there be a moment in time when the conversation has gotten so much measurably better that you can fold up your tent and move on?

Cunningham: That would be great. We’re funded through the middle of 2017. If we get to January 2017 and the reform landscape is in a different place, everyone takes a breather and we have a new president who is at least broadly aligned with the broad policies and states haven’t really retreated, I think that I would then go to my funders and propose that we really spend a lot more time educating parents, which is a much more expensive thing to do. Maybe educating is the wrong word—I think it’s engaging them and spending a lot more time elevating their voice, letting them tell us what they really want and then figuring out how to do it. From a process standpoint most education leaders just don’t invest in that effort. I’d love to see a true national engagement effort with parents that says *these are your schools, these are your kids, this is your future and we really want you to have the ability to shape it.*

I’d love to see a true national engagement effort with parents that says *these are your schools, these are your kids, this is your future and we really want you to have the ability to shape it.*

EduShyster: Last question. StudentsFirst pays bloggers to promote its particular brand of education reform on social media. How is what EdPost does any different?

Cunningham: I don’t know that it is. We hire bloggers and we subsidize bloggers who are already out there and who we want to support or give more lift. I think it’s fine. As you know, I have all this money. I have to spend it.

Peter Cunningham is the Executive Director of Education Post and served as Assistant Secretary for Communications and Outreach in the U.S. Department of Education during the Obama Administration’s first term.

Send tips or comments to tips@haveyouheardblog.com. Like my work? Your financial support will help me do more of it.